Kirby Panel Discussion This Saturday, Sept. 26, plus other news 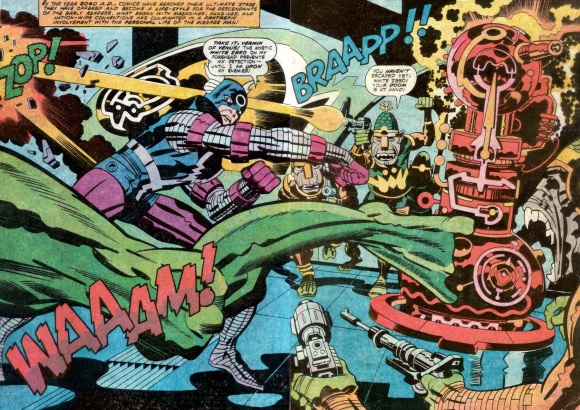 This is a busy time for comics and Kirby studies here at my school, CSU Northridge!

Last night I joined Prof. Jon Stahl, Chair of the Department of Cinema and Television Arts, for an on-stage conversation with Jeph Loeb, Head of Marvel Television and longtime screenwriter, producer, and comic book writer. This lively, well-attended event kicked off the annual Commerce of Creativity series at CSUN.

Tomorrow, Saturday, Sept. 26, at 1:00 p.m., I join panelists Scott Bukatman, Doug Harvey, Adam McGovern, Andrei Molotiu, Steve Roden, and Ben Saunders for an intense discussion of the art of Jack Kirby, tied to the Comic Book Apocalypse exhibition. We’ll talk at the Noski Auditorium, right across the street from the Gallery, then troop over to the Gallery afterward to visit (or revisit) the exhibition itself! Many catalog contributors will be on hand for this, the last big public event tied to the show. Hope you can make it! More information is available at the brand-new Comics@CSUN website, here:

All of these events are FREE and open to the public. Again, hope you can join us!